Manager Frank Cahill was Vice President of a local web hosting company since 2002 and has been involved in the creation and hosting of over 50,000 websites nationwide.

Frank Cahill joined the Parsippany Area Chamber of Commerce in 1989 and served on various officer positions, Vice President, Board Member, Retail Advertising Chairperson, and many others.  He left Parsippany Area Chamber of Commerce in the early 2000 and returned as Executive Board Member in 2006, and has held that position since.

He was Chairman of the Parsippany-Troy Hills Economic Development Advisory Board from January 2014 through December 2016. He was reappointed by Mayor Michael Soriano in January 2018 and was nominated Vice-Chairman.

He is also a publisher of Parsippany Focus, a local online newspaper. It was first published on October 1, 1989. 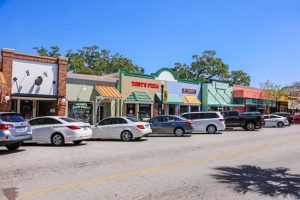